Check back soon
Once posts are published, you’ll see them here. 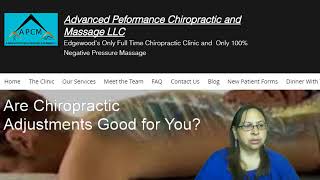 Are Chiropractic Adjustments Good For You? 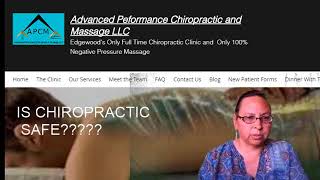 It’s still just plain crazy to me that I even have to write about this. The understanding and facts behind this topic are so clear, and have been for so long, that I just can’t believe everyone doesn’t know this yet. It’s appalling parents aren’t given the facts because the research is clear.

What am I talking about? I’m talking about the clear, and all too commonly seen path from childhood ear infections to lifelong asthma and immune challenges.

It starts with the way we birth and deliver babies

This should be, and will be, a whole paper on it’s own… but for this topic, let’s keep it simple. For thousands of years kids were brought into this world WITHOUT the need for “intervention and induction” and also WITH the help of gravity. Was every birth perfect and non-complicated? Nope. But 30-40% or more of them didn’t end with anesthesia, surgical tools, and a baby being pulled out by their head and neck either.

I’m starting off talking about the birth process, because it’s where the most common injury to the upper neck, brainstem, and cranial areas occurs. It’s the first “kink” that occurs, and it sets the stage for the rest of the path to develop. As you’ll see, one problem leads to another, and it just keeps going.

When there is strain, tension, pulling and stress placed on the child’s head and neck during the birth process, it very commonly leads to something called a subluxation. I like to explain subluxation as having three parts – misalignment, fixation (“stuck”), and nerve interference/irritation. All three of those components are at play in this situation.

The greater the amount of intervention during the birth process (induction, forceps, vacuum, C-section, etc.), the greater the likelihood of a significant subluxation to the upper neck and brain stem area. Is it an ‘absolute’ situation? No, few things are… but in my 7 years of clinical experience, I can tell you it’s a very, very strong correlation.

How Childbirth Relates to Ear Infections

As we move forward, those three components of the subluxation lead to two main problems that cause and contribute to ear infections:

When there is physical trauma to the neck in-utero, during birth, or from a fall early in life it creates that “kink” in close proximity to the “drain pipes” coming from the ears, sinuses, and head. Specifically, the top two vertebra share a lot of nerve supply, muscles, and structures with the inner ear and sinuses.

If you “kink” those vertebrae you start to “clog” the drainage of the surrounding structures. In this case, that includes not just the ear, nose, and throat regions… but the lymphatics that drain the head and neck as well.

You see, pediatricians still today give the ‘explanation’ to parents that “early in life the Eustachian tubes are just more horizontal, and for some kids that’s worse than others” and so on and so forth. Well, they are right… sort of. Those tubes are more horizontal early in life, but that’s because they were designed that way!

Gravity plays far less of a role in actually draining the fluid from our ears than does one other major factor: MOVEMENT.

You see, when those two ‘physical’ components of the subluxation occur, misalignment and fixation, not only does it “clog” up the actual physical space in the ears and sinuses and lymphatics… but it’s the FIXATION part that really messes things up. When those vertebrae get jammed and “stuck” from that early physical trauma, now they don’t move around as easily or as much… and therefore, they don’t do their job in helping move fluid out of the ear and sinuses.

So finally, the longer that fluid is allowed to sit in the inner ear, the greater the chance that “bad guys” like viruses (most of them) and bacteria set up shop, replicate, and cause an infection.

And on top of all that, because that region of the brainstem and spinal cord house and protect a very important “hard drive” and “operating system” for our immune system… when we have a subluxation there, we can have compromised immune function.

So if you have bad plumbing and bad immune function, you have ear infections.

The Role of Antibiotics

But alas, that’s why we have a Walgreen’s and CVS on every corner filled with antibiotics of all shapes, colors, and sizes right!? All a parent needs to do is go their local pediatrician, urgent or immediate care, ER, or minute-clinic and talk for a few minutes, grab the prescription, and head out. And all is good then, right?

We’ve had plenty of research since about the 1980s that first off, antibiotics don’t work very well for ear, sinus and respiratory infections. And second, they don’t come without side effects. Not only are there short-term side effects such as stomach pain and diarrhea in a lot of kids, but the long term ones are even worse.

Some studies have shown that for each antibiotic given to a child in the first year of life, it increases their risk of things like asthma and allergies 2-4x. Plus, it can also lead to resistance and actually INCREASE the risk of re-occurrence.

So if they’re known to not work well, known to have short and long term side effects, and known to contribute to what is now a major public health crisis (antibiotic-resistant strains or “super bugs”)… then why do they still get prescribed left and right by pediatricians and doctors of all sorts? Good question. I’ve been trying to find a LEGIMITATE answer to that question for 7 years.

My guesses and assumptions are this:

Ok, so that’s it right? We now know that really ear infections are caused by bad “plumbing” and lowered neuro-immune function, and that the overuse of antibiotics are a pretty big problem… but that’s the end of the story right?

We are just getting started. Well, now that typical American kiddo who had a rough birth, has a “kink” in his neck, and keeps getting ear infections… finally has his or her doctor tell her parents that after 6-8 (or more) rounds of antibiotics…it’s time to get tubes put in.

So off they go down the street to one of the local ENTs, who are more than happy to help. So, they do.

The kiddo goes into the hospital, gets a “simple and routine” $15-20,000 surgery (but who cares if it was REALLY necessary, health insurance covers it!)… gets some ice cream afterwards (Oh, did I mention that dairy causes all sorts of mucus production and immune reactions and is a major problem with ear infections and other respiratory illnesses? Nope, I should have, because it does.)… and goes home.

Miraculously, the ear aches are gone!

But Where is the Fluid Going?

But alas, a few months or so later, the parents go walking by the kiddo’s room at night and hear him or her snoring and breathing really loudly. It sounds concerning and so who do they call? Yep, call the pediatrician again.

This time the pediatrician isn’t as concerned with the ears, but now says that the tonsils and adenoids are “swollen” and the kiddo has a strep infection. But hey, don’t worry! This one is actually bacterial a lot of the time, so you guessed it! MORE ANTIBIOTICS!

Well, as time progresses the snoring gets worse, the breathing more labored, and the strep infections more frequent. So finally that same pediatrician says to go back to the ENT and see about having his tonsils and adenoids removed.

So off you go to the ENT who is more than happy to oblige. I mean, did we really need all those extra body parts? They just hang out back there getting in the way right? Who needs them… So, back to the hospital. More surgery, more ice cream. By now you might see I’m hiding my anger behind sarcasm but behind the sarcasm are the facts, and the facts are that once the tubes are drilled into the ears and that fluid is forced out of them, it has to go somewhere. And where did it end up? You guessed it, right in the back of the throat and sinuses. That’s why the kid who used to have tons of ear infections, now has frequent sinus and strep infections, and a hard time breathing. But it has to end there, right? This kid can’t possibly have to suffer more?

If the subluxation (“kink”) is still in the neck and spine, so that the drainage and immune function is still compromised… and the same crap is going into the body making more mucus and inflammation (sugar, dairy, and grains mainly)… then the problem still exists, it just has to move elsewhere. And if the ears, nose, and throat no longer are clogged up… it has to keep moving “south” to the next stop.

And where is that next stop? Yep, the chest and lungs.

Asthma & Allergies Set in for the Long Haul

Essentially they are sick now every, single day of their life… Advair, Flovent, Singulair, inhalers, etc. They can’t run without challenges, they can’t go outside without challenges. Spring and fall are nightmares for them due to “allergies” as they’re now called.

Basically, what started out as a short term, acute problem that could’ve been fixed for good with some improved plumbing and immune function (see: specific chiropractic adjustment) is now lifelong chronic illness and immune dysfunction. What was once a kid who struggled for a night or two with pain and discomfort, is now a kid who struggles every single day of their life.

It’s a “perfect storm” in it’s own right. It starts with one thing – a “kink” of the neck – that then combines with other factors and ingredients, and just keeps going.

These kids don’t need more antibiotics and they don’t need more surgeries. They need more facts. They need more doctors and pediatricians who will tell them the actual truth that antibiotics are not only mostly worthless in this case, they’re dangerous. Maybe while they are at it they will also tell them that pediatric chiropractic is neither worthless nor dangerous, but instead can be very beneficial and helpful for ear, sinus and respiratory infections. It’s safe, it’s natural, it has little to no side effects, and the results last.

If you have a kiddo who is suffering, or if you know someone who does…. Please get that kid checked by a Pediatric Chiropractor to find out if they are subluxated. I’d make a very large bet that they are, and equally large bet that getting that kid checked and adjusted if needed, could be the difference of that kid having a life full of health and happiness, or sickness and suffering.